I would like a native teacher, please, and a lot of speaking!.

I would like a native teacher, please, and a lot of speaking!

It is often the case people believe they need to improve their English, so they ask: «I need English classes, but I would like a native teacher, please, and a lot of speaking». Yet, what does ‘native’ mean? Apart from this, what is it people really seek in a teacher regardless of their native or non-nativeness?

The word ‘native’ has been associated with ‘proper’ teaching for a long time. Yet, is that the real case? It is a fact that, as Trudgill (2005, p. 87) believes,  “it seems […] that even if native speakers do not ‘own’ English, there is an important sense in which it stems from them, especially historically, and resides in them.” There is often the notion that when one thinks of English, the first thing to come to one’s mind are, for instance, the UK, the USA, Canada, Australia or scenes of TV Series and films or national monuments and flags. In any case, it is true that this language originated in those countries and, therefore, there is a notion of it belonging to them that has been advertised in many ways since the dawn of time. Consequently, it is understandably common to associate correctness to the input received from these sources. It is precisely because of this that, as also claimed by (Maraunen and Ranta, 2009, p.12), «many NNS (Non-Native Speaker) learners and teachers of English link British English with [Standard British or American with Standard American], this is exactly the sort of claim that convinces them that Standard British is somehow superior and non-native English accents inferior», which also rises the issue of why should there be ‘superior’ or ‘inferior’.

As a result, there is this sense of people looking up to natives, and a notion of correctness inherent to them. Yet, as Mercer et al (2007, p. 251) questions, «how do we […] know when something in English is correct or incorrect? What, indeed, do we mean by saying it is correct or incorrect? And why should we be concerned about this?” As a native and a teacher of English, it is often the case that students question non-native teachers explanations and doubt them, whereas native ones go unquestioned. So then, students aim to become native speakers of English and search for them for some reason. However, what is it that people really need to learn? And what is it that they look for in a teacher? One cannot leave aside the fact that:

“the problem goes beyond the issue of inappropriateness [or correctness]: intelligibility is also implicated. For both [Standard English and Standard American], the two most widely taught English accents, have been found empirically to be less intelligible to NNSs (Non-Native Speakers) than other NNS accents.” (Maraunen and Ranta, 2009, p.12)

So, taking into account that intelligibility seems relative and not an inherent aspect of native accents, this could imply that there are no superior or inferior accents. In other words, why bother about accent when everybody can understand you and you can get any point across? In any case, as Hayhoe and Parker (1994, p62) mentioned years ago, “English today is a global link language. […] Almost every country in the world communicates with another through English”. In addition to this, it has been proven that intelligibility is strongly related to proficiency in a language and familiarity with the accent exposed to. Taking these factors into account, why is pronunciation and the native speaker so emphasised? And more importantly, by whom? It cannot be ignored that behind the English language there is a huge money-making industry which makes a tremendous profit from NNSs (Non-Native Speaker) taking natives as a role model and believing their own pronunciation/accent is ‘incorrect’. Bearing this in mind, maybe the way to think could be:

«In these non-core areas, speakers engaging in EFL (English as a Foreign Language) communication should be free to pronounce English with their own first language regional accent influence instead of NS (Native Speaker) way, without seen as making pronunciation errors.” (Marauranen and Ranta,  2009, p.13).

Nonetheless, what about correctness? Maybe here there is a need for distinction between correctness in teaching and correctness in language. Fortunately, the boom  of ‘I am a native speaker, therefore I am a teacher’ has already passed, or so some believe. Many speakers of English seem not to be aware that in the same way a native of their country can be illiterate or untrained, a native speaker of English can be in the same situation and be flawed when it comes to notions of grammar, register or culture.

Having said this, what happens then with non-native teachers with experience and training who have more than proven to be professional and competent? Why discard them instantly when asking for a native? What is more, what happens when there is a cultural gap between the native teacher and the foreign student? This is another factor that can really influence the learning process.

So, it could be said that the ideal scenario would be a native teacher who has studied and trained to become so and who has a cultural understanding of the foreign students who are going to be taught. As this is not often the case, it could be important to take into account teaching experience, studies and training, proficiency (language and culture)  and the cultural awareness of the target students the teacher may have. 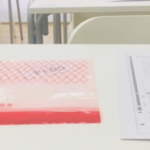 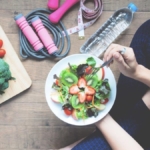