Along time ago Nico and Pau were flying in a plane…

They took a flight from Brazil to Reus; they were coming from holidays. Pau and Nico were sleeping during the flight, then when they woke up decided to go to the bathroom, when Pau arrived there he saw some words on the wall that said “YOU ARE DEAD” he ran away and suddenly the plane started falling down. All the people in the plane started screaming and shouting and the plane crashed, some people died, but Pau and Nico were alive, they saw some lifeless bodies everywhere. Then they realized that they were in Salou in road Via Augusta in front of ESCOLA INNOVA, they had already know this place, they decided to go inside and ask for help , nobody was there , but they took Silvia’s phone the secretary of Innova. They called 112 and when they finished the call they saw blood on the walls and lifeless bodies on the floor.

The police arrived to the school, Nico and Pau felt secure but suddenly a scary creature appeared, it looked like an evil demon, the police started shooting it but that was ineffective, the demon hold the policeman from their necks and dismembered them. Nico and Pau were scared they ran away and hid from it. The demon started looking for them and when he found them it tried to kill them, but suddenly the Sun shone brightly and the evil demon became in a rock, the principals from Escola Innova arrived Santi and Marta, and they destroyed the rock in miles of pieces. He took Nico and Pau and hugged them and said “Don’t worry kids we are here with you, everything is gonna be ok “. The kids fainted down; When Nico woke up he saw his friend Pau sitting next  to him, in a plane, it was a flight from Brazil to Reus , Nico was concerned and he said “ was it a nightmare?” And suddenly the plane started having turbulences

There was a power outage and everybody in the plane started to shout.

BY Nico and Pau 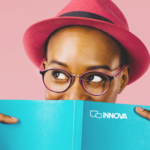 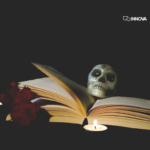