During Halloween’s dinner, one family was reunited all together.

They were having fun  when, suddenly, the father took the knife and stabbed his son. Mother and daughter  freaked out and started running away.

After that, while they were hiding in the bathroom, the father started to knock on the door  heavily. They tried to escape through the window but they couldn’t break the bars outside  it.

Then, the father stopped knocking on the door and the mother tried to open it, but the  daughter didn’t let her do it. She had opened the drawer and taken the scissors which  she was using to threaten her. Suddenly, she stabbed her mother in the neck with them.  After this, she opened the door and stabbed his father too.

The girl, covered with lots of blood, didn’t understand what had happened. She was  staring at her own reflection in the mirror and couldn’t assume what she had done. She  had to close her eyes as an effort to remove that image from her mind. Finally, when she  opened them, she was sitting at the table having dinner.  Nothing had happened, not yet.

THE CALL – By Marina, Robert and Marc 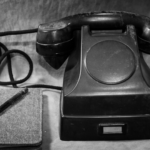 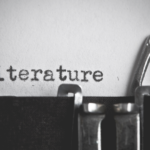