They were afraid because they heard strange sounds and they got chills. They decided to go to a refuge that was near from there, when they arrived there they laid down on the floor and fell asleep. Suddenly Daniel heard noises, he woke up and heard someone laughing, he got up and saw a tiny shadow running around, but that shadow disappeared instantaneously. He continued looking for it, but then he came back to sleep. Next morning they decided to come back at home, but when they were walking, started raining   and came back to the refuge when they arrived and came in, heard that someone knocked the door, they opened it, but nobody was there, someone knocked the door again, Daniel and Pedro opened it and they saw a huge of garden gnomes with big knifes, Daniel and Pedro were scared and run away but one of the gnome jump on Daniel’s chest and tried to kill him. Then he heard someone knocked the door again and suddenly he woke up on his bed, this just was a nightmare, he was sleeping during all this time, he got up and opened the door but nobody was there, he only could see a small branch on the mat of his door; Daniel was confused he did not know what was happening , he closed the door, and went to the bathroom, but he saw a tiny man running in the hall, Daniel followed him and when he entered to his bathroom he found his friend Pablo, he was bloody and dead, next to him he could see a garden gnome with a big knife, the gnome jump on Daniel chest and started scabbing him and killed him.

BY Pol and Pol 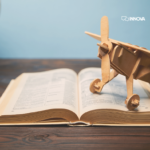 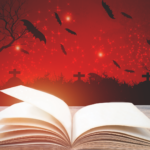 CHASE ME…! – By Elsa and Ariadna
Desplazarse hacia arriba